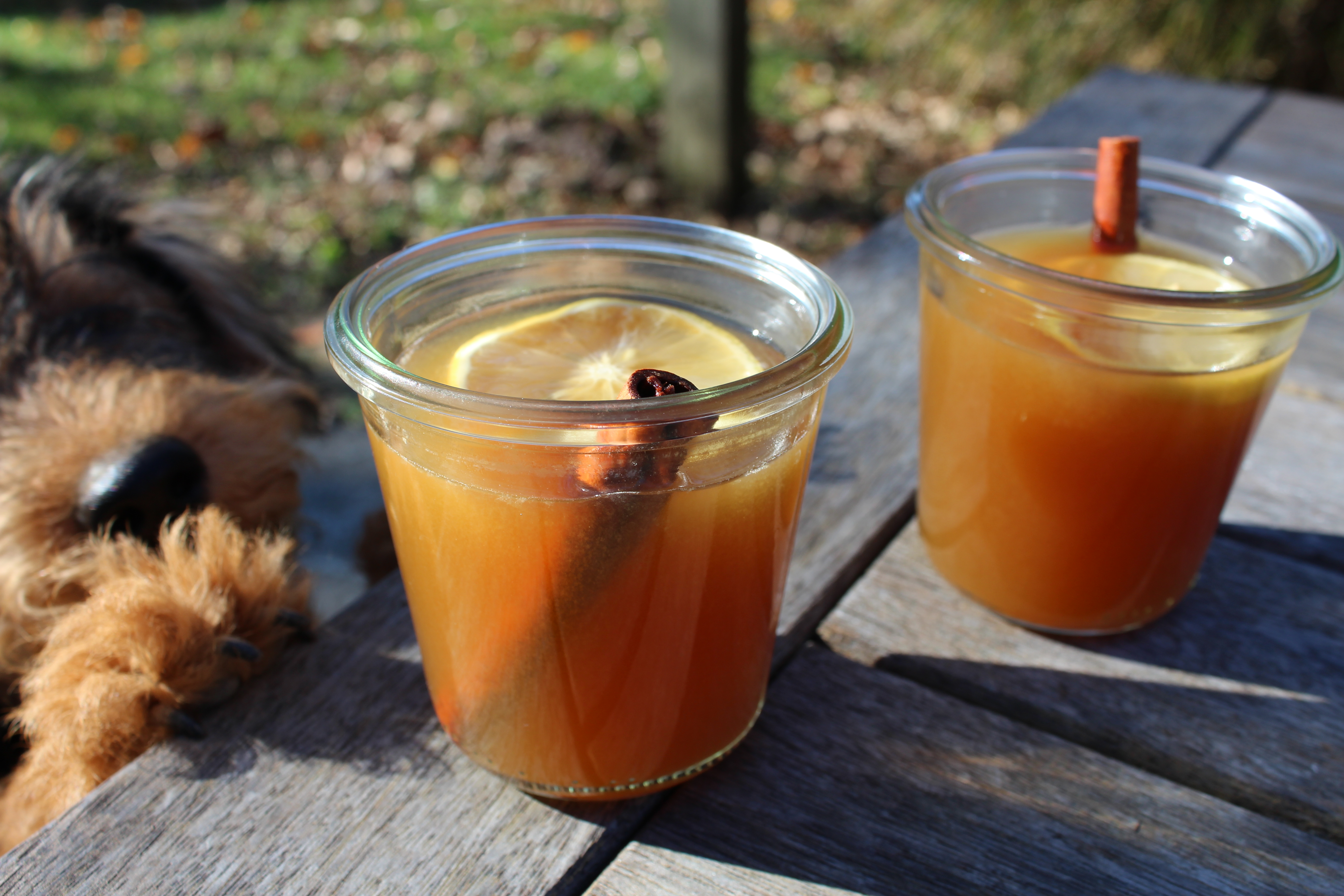 The traditional hot toddy consists of brewed tea, whisky or rum, honey and lemon. Its curative powers may not be listed on Web MD, but there is something undeniably comforting about a warm mug of tea with a kick. But while I love hot toddies, the combination of tea and honey always feels more like a nightcap than a festive drink for a party. I wanted to do a twist on the toddy that would have more flavor and that could be a fun drink for a fall or winter occasion (and one that wouldn’t put everyone to sleep!)

I replaced the traditional brewed tea with fresh apple cider, which makes the drinks richer than they are with tea and gives them a nice tartness. I also tried the toddies with spiced rum instead of plain rum or whisky and found that the spices really complement the apple cider. 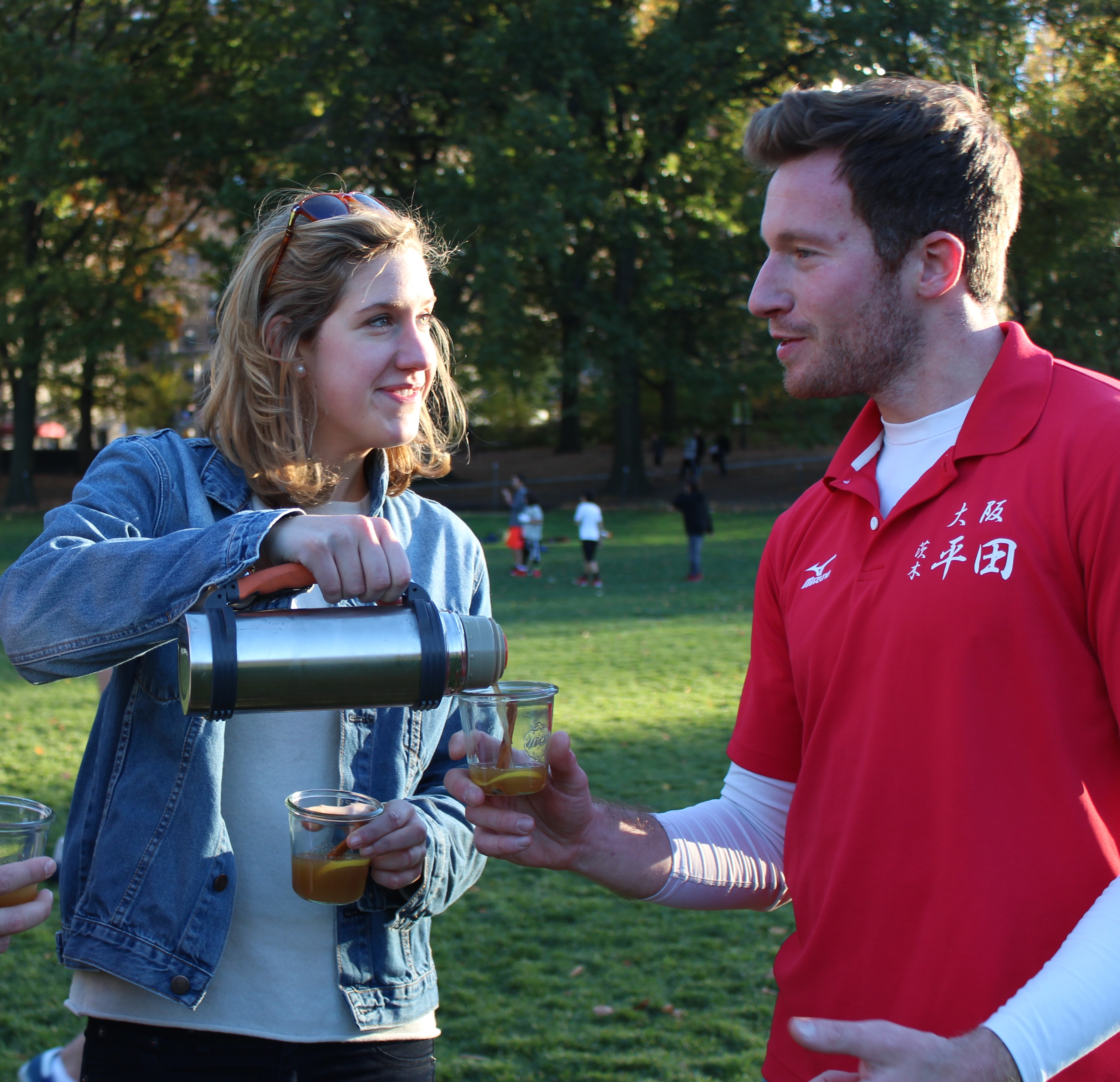 I tested these on my friends at our Friendsgiving, which we prefaced with a game of football in Central Park. The hot toddies were the perfect drink to have on hand to warm up on the chilly November afternoon, without putting anyone “out of commission” for the night ahead.

This recipe is easily doubled, or tripled, and you can even warm the cider and honey on the stove ahead of time and pour in the rum and lemon juice at the last minute. Serve these in mugs, or mason jars if you have some lying around. And don’t forget a slice of lemon in each mug for a healthy dose of Vitamin C—we’re drinking these to cure our colds, right?

Combine cider and honey in a large pot. Bring to a simmer over medium heat, stirring occasionally to dissolve the honey.

Remove from heat and add rum and lemon juice. Serve immediately in mugs, and garnish each drink with a slice of lemon and a cinnamon stick.