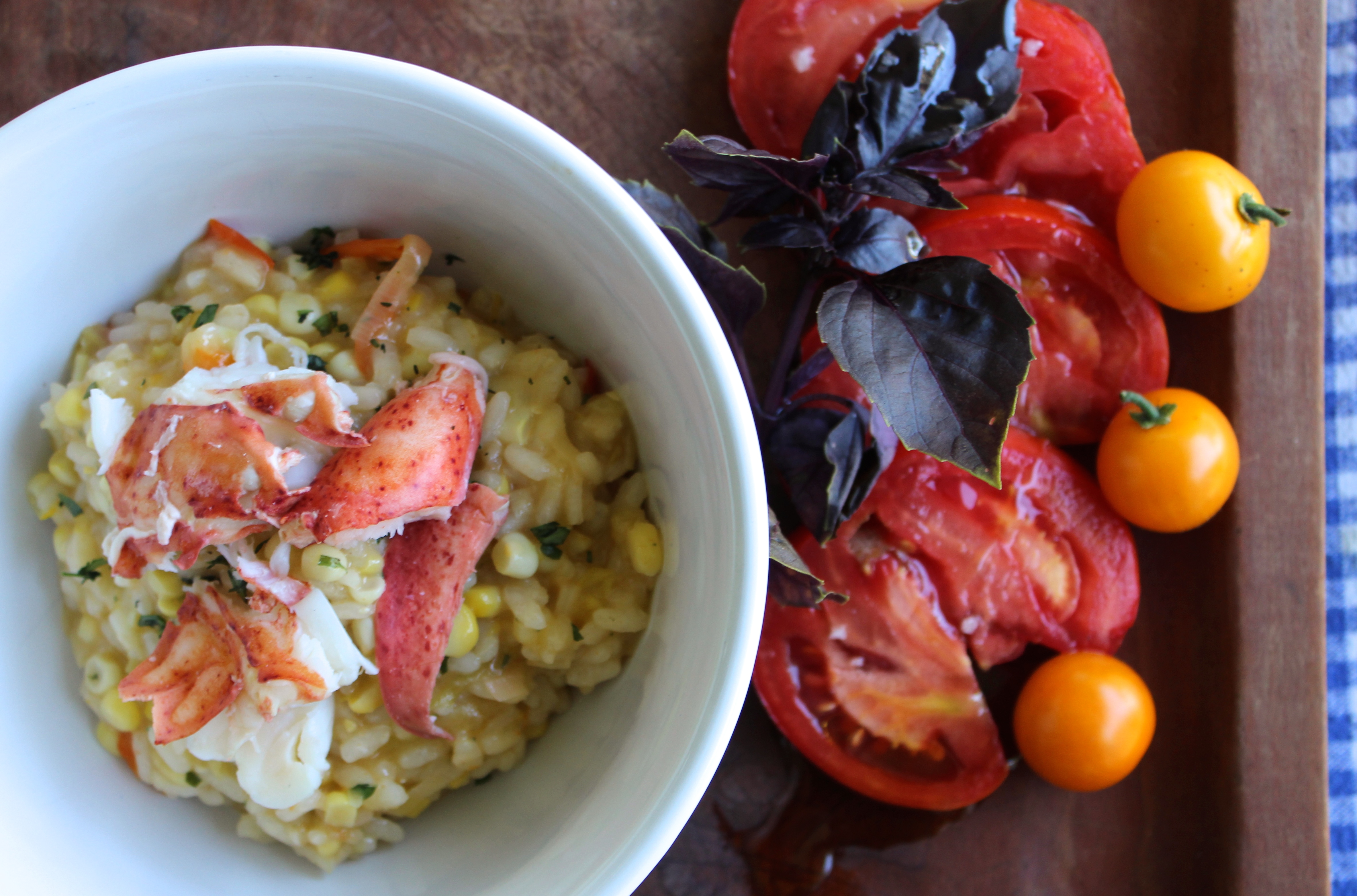 Labor Day might be the unofficial end to summer, but isn’t the first week of September a little early to be drinking pumpkin coffee? Last time I checked, it’s supposed to be 90 degrees in New York this weekend. So for now, I’ll be eating tomato salads and drinking watermelon cocktails, but when the temperature finally does start to drop, even slightly, I’ll be making this Lobster & Corn Risotto. A great recipe for the inevitable transition from summer to fall, it calls for summery ingredients- corn on the cob, cherry tomatoes and lobster meat- in a dish that’s warm and comforting on those first nights with a chill in the air. 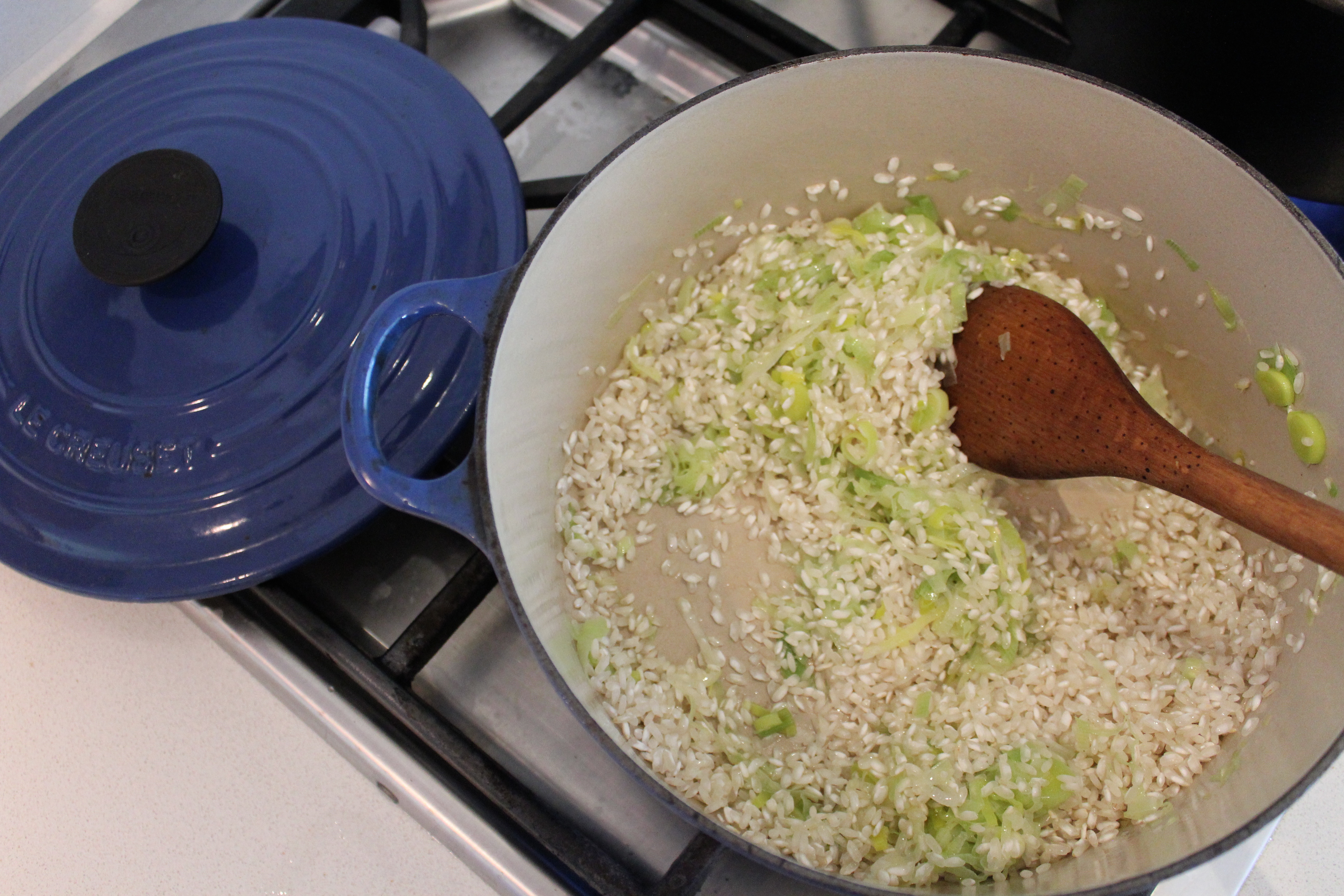 Risotto has a reputation for being dififcult to make, but once you understand the basic process- cooking the rice slowly by adding hot stock in small amounts- it’s really not hard, and infinitely adaptable to the season or what you happen to have in the fridge.  This recipe doesn’t even require stock- by boiling the corn cobs in water, you can make your own quick corn stock in twenty minutes. 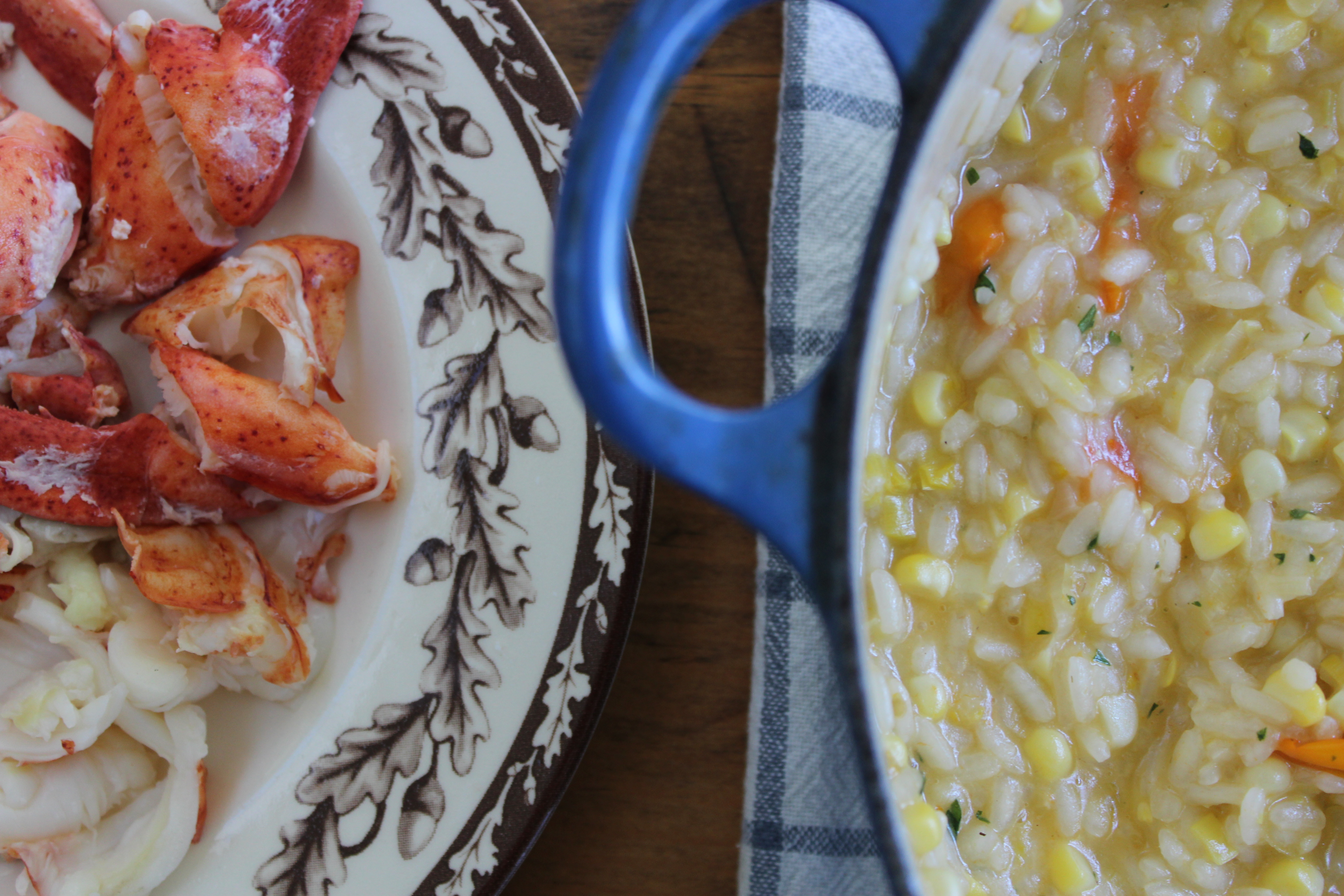 Fact: lobster meat is expensive. There’s no way around it. I wanted to know if taking the time to cook them yourself would be a worthwhile way to avoid the steep price of cooked lobster meat.  Short answer? Not really. While cooking lobsters isn’t difficult, you need a giant pot and a lobster cracker, and you need to be okay with making a huge mess. All in all, it’s a lot of work for the relatively small amount of meat called for in the recipe. But by all means, give it a try. If nothing else, you’ll have a newfound appreciation for lobster rolls, and the all the equipment you need to make them. 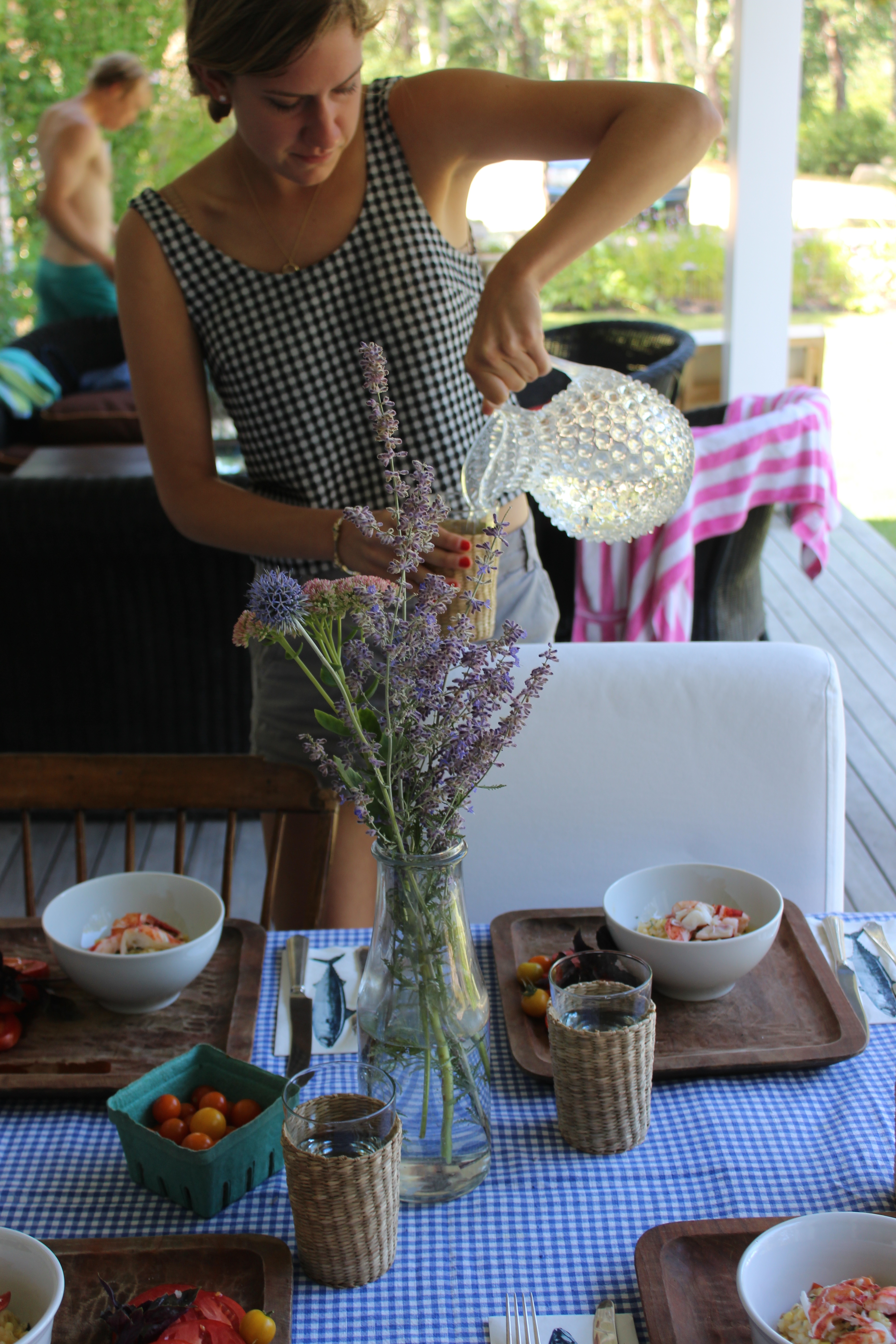 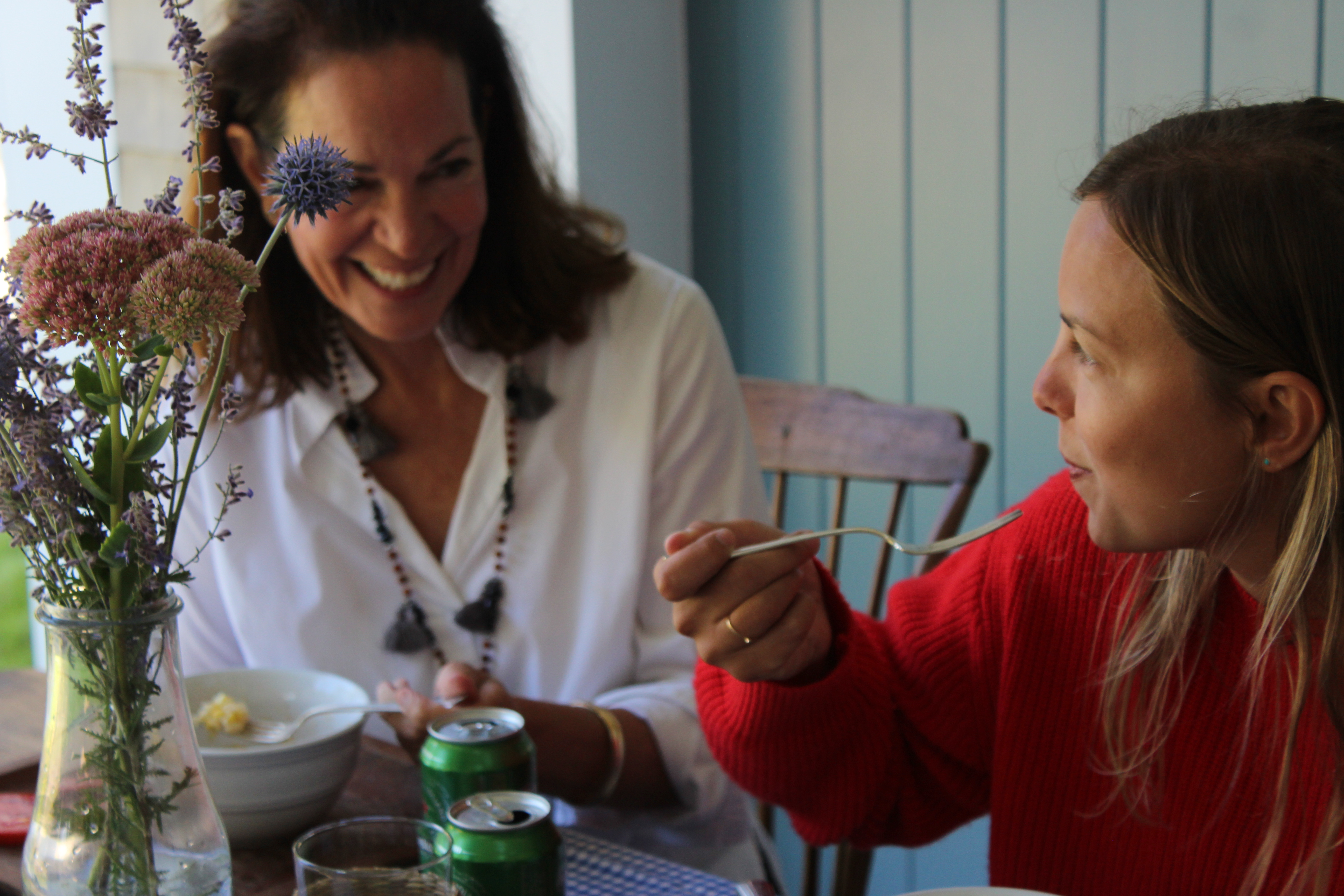 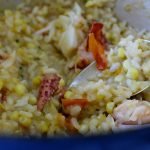