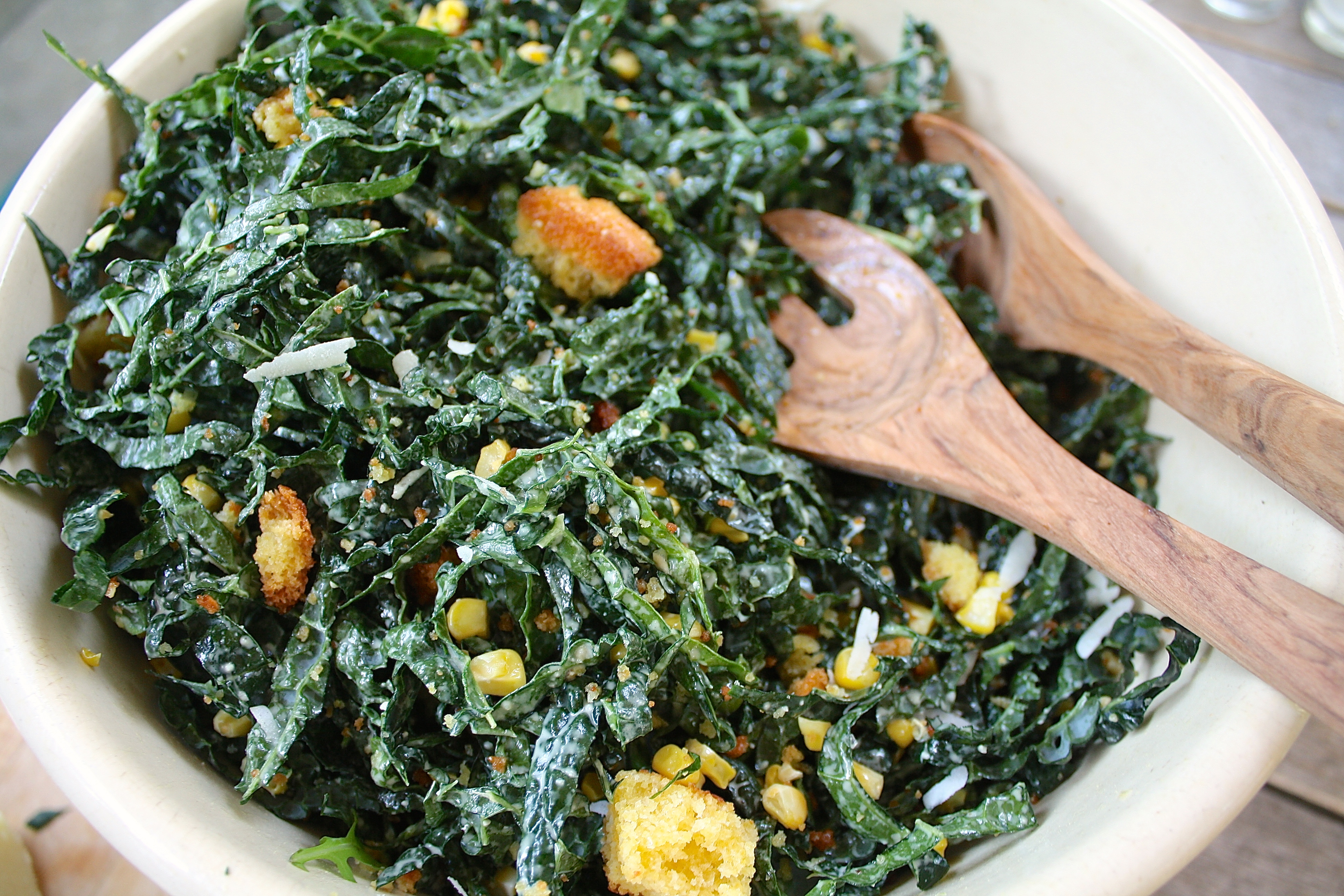 Do you like Caesar salads? Do you like corn on the cob? Do you enjoy the taste of raw kale masked by a delicious, creamy dressing? If so, this salad is for you. Side salads on summer buffets are usually an afterthought- after all, how can a bowl of lettuce hold a candle to baked beans, buttery corn on the cob and big stacks of tomatoes and mozzarella? But this salad earns its spot on the table. 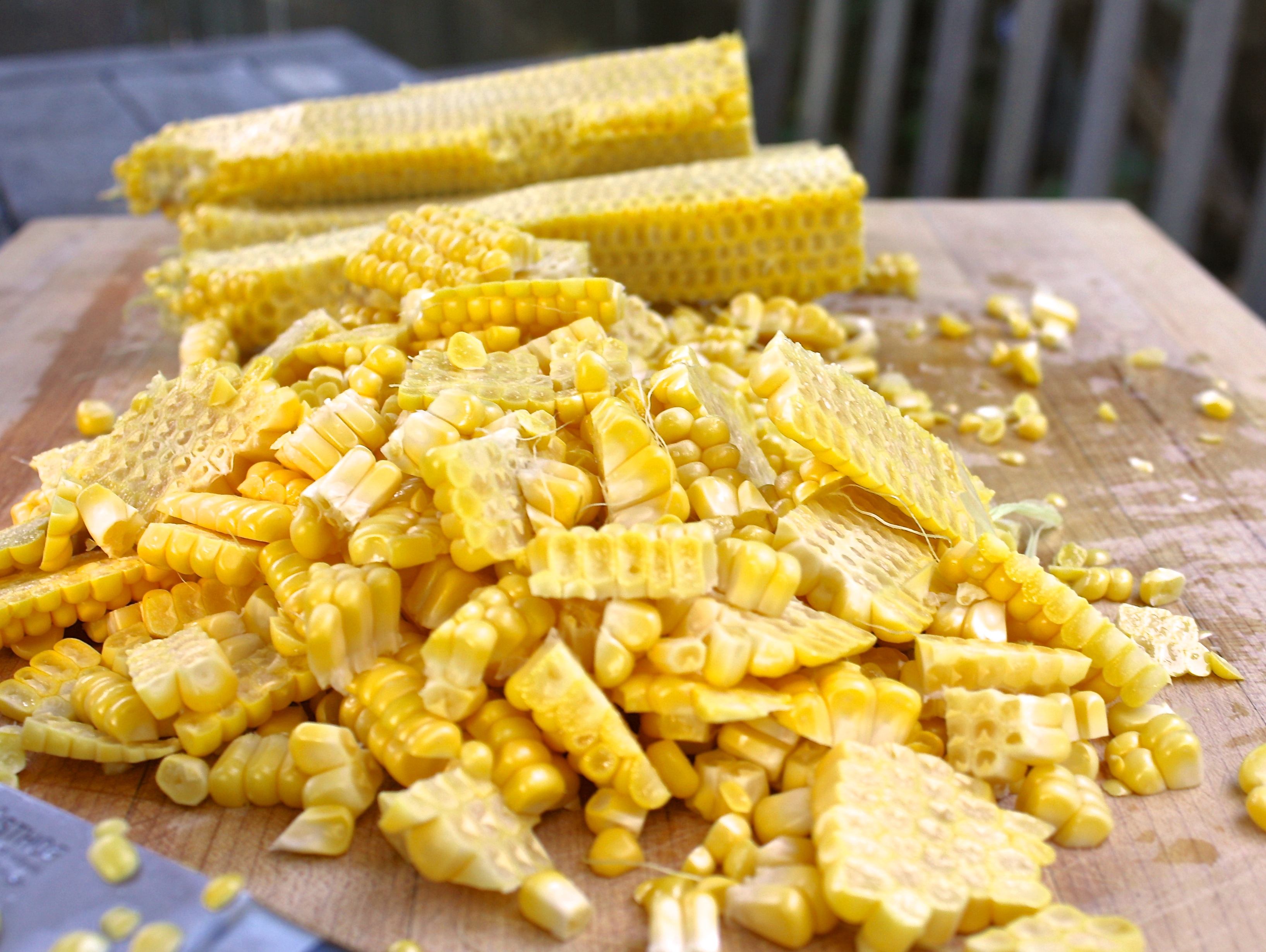 The kale is cut into thin ribbons so it’s easy to eat and the dressing gets well distributed. Tangled throughout the salad are crunchy corn kernels and chunks of cornbread that soak up all that Caesar dressing as they sit, making this a great recipe to put together in advance.  There’s just something about the lemony  dressing and toasted cornbread  that makes this difficult to stop eating, which is not something I usually say about kale salads.

If you’re worried about using raw eggs, you can substitute mayo or Greek yogurt. And if you don’t like anchovies, you could leave them out, but I wouldn’t recommend it (unless you want to make the dish vegetarian.) A very experienced cook recently told me, “Never underestimate the power of an anchovy.” You won’t know it’s there but it gives the dressing its fundamental Caesar-ness. 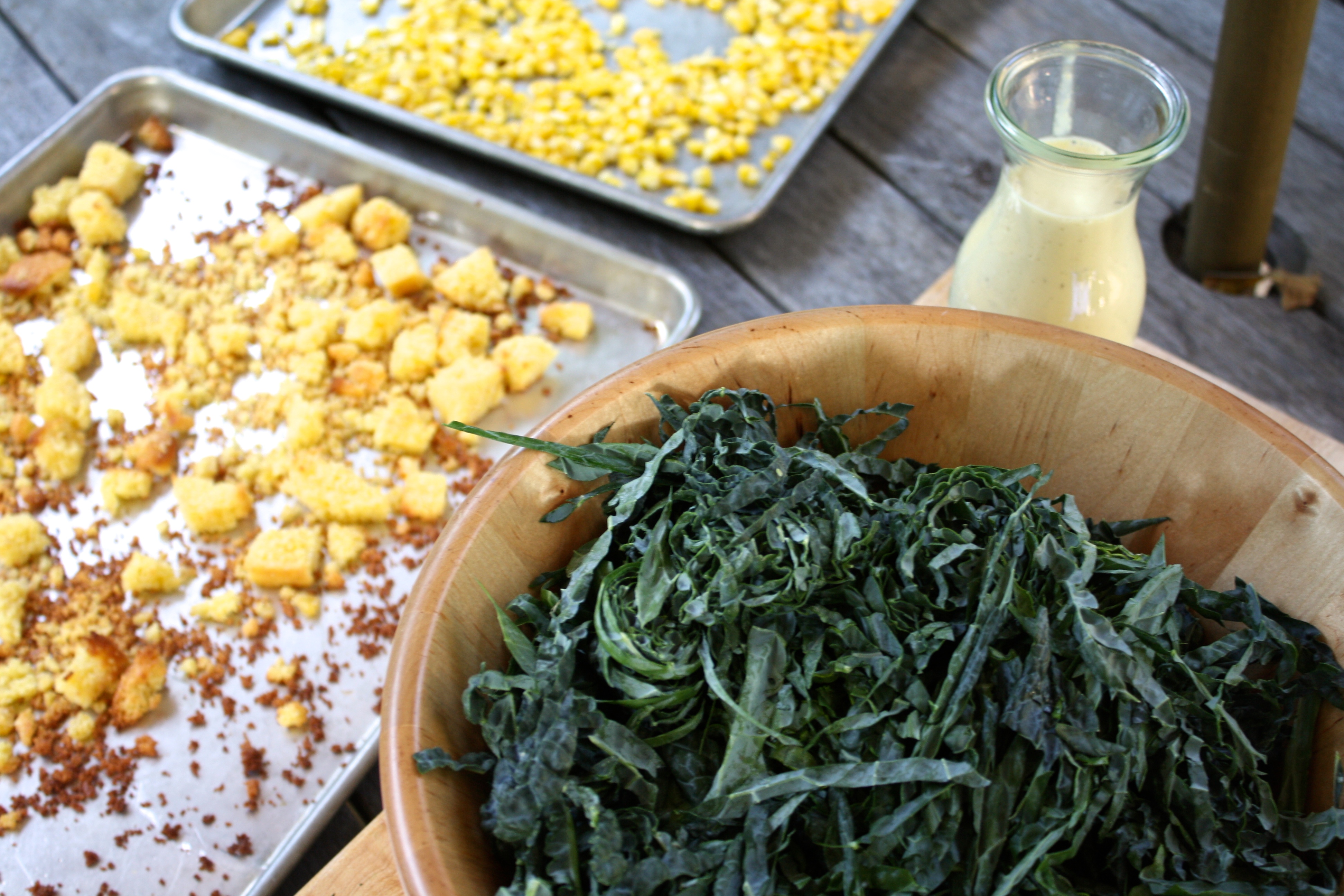 This salad is a serious crowd pleaser and an ideal dish for a big summer dinner. The recipe serves 6-8 generously, but you could cut in half if you’re cooking for a smaller group.

Just a note that while this recipe was originally published in 2016, I made a few little updates and changes to it in 2021. 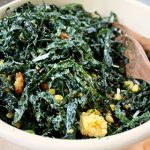