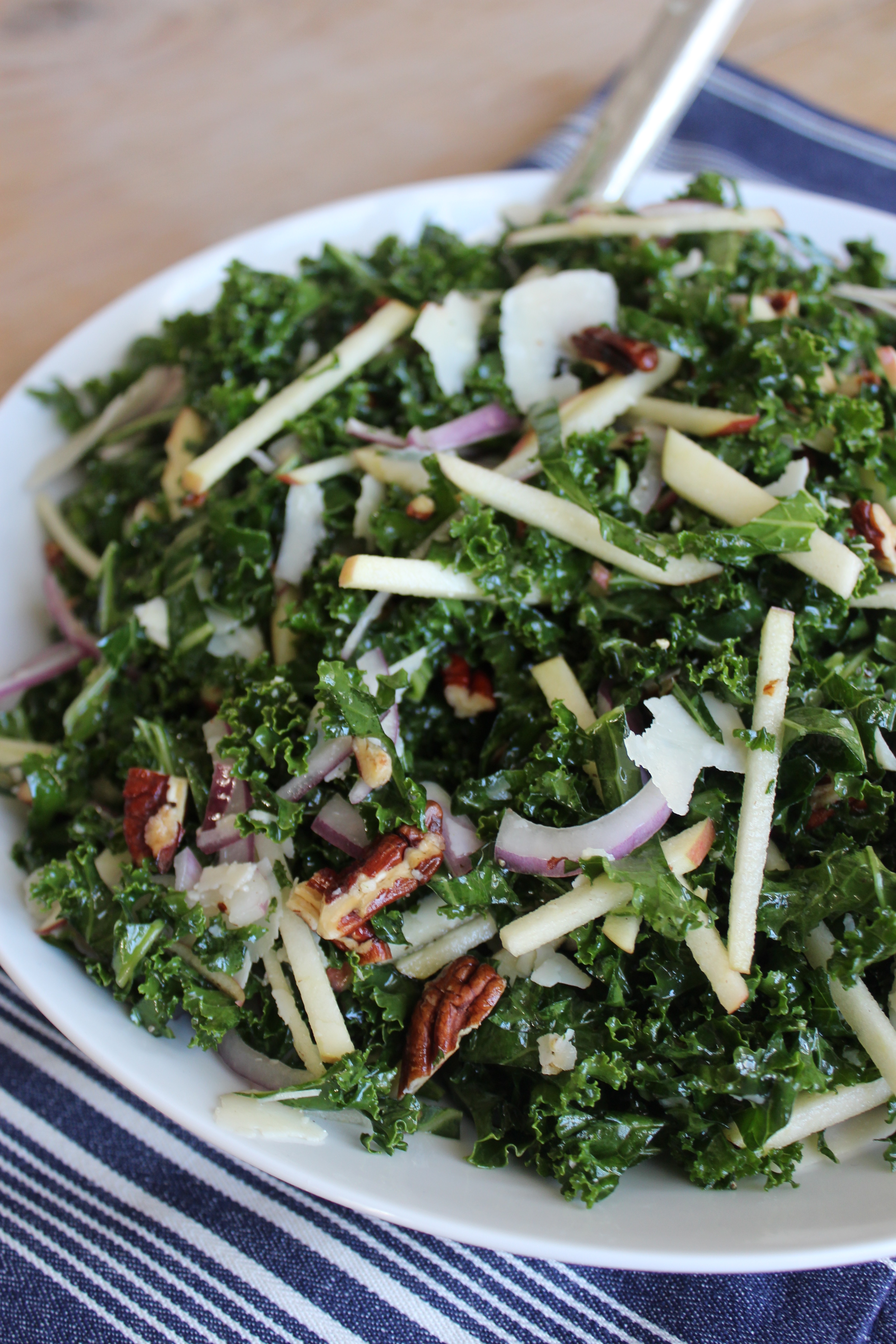 We’re all trying to eat a little healthier in January, but you know what, it’s hard! It’s freezing in East Hampton and after a long day, all I want is a big glass of red wine and a bowl of pasta. Or maybe some kind of braised meat. Or maybe pasta with a braised meat sauce? See what I mean? 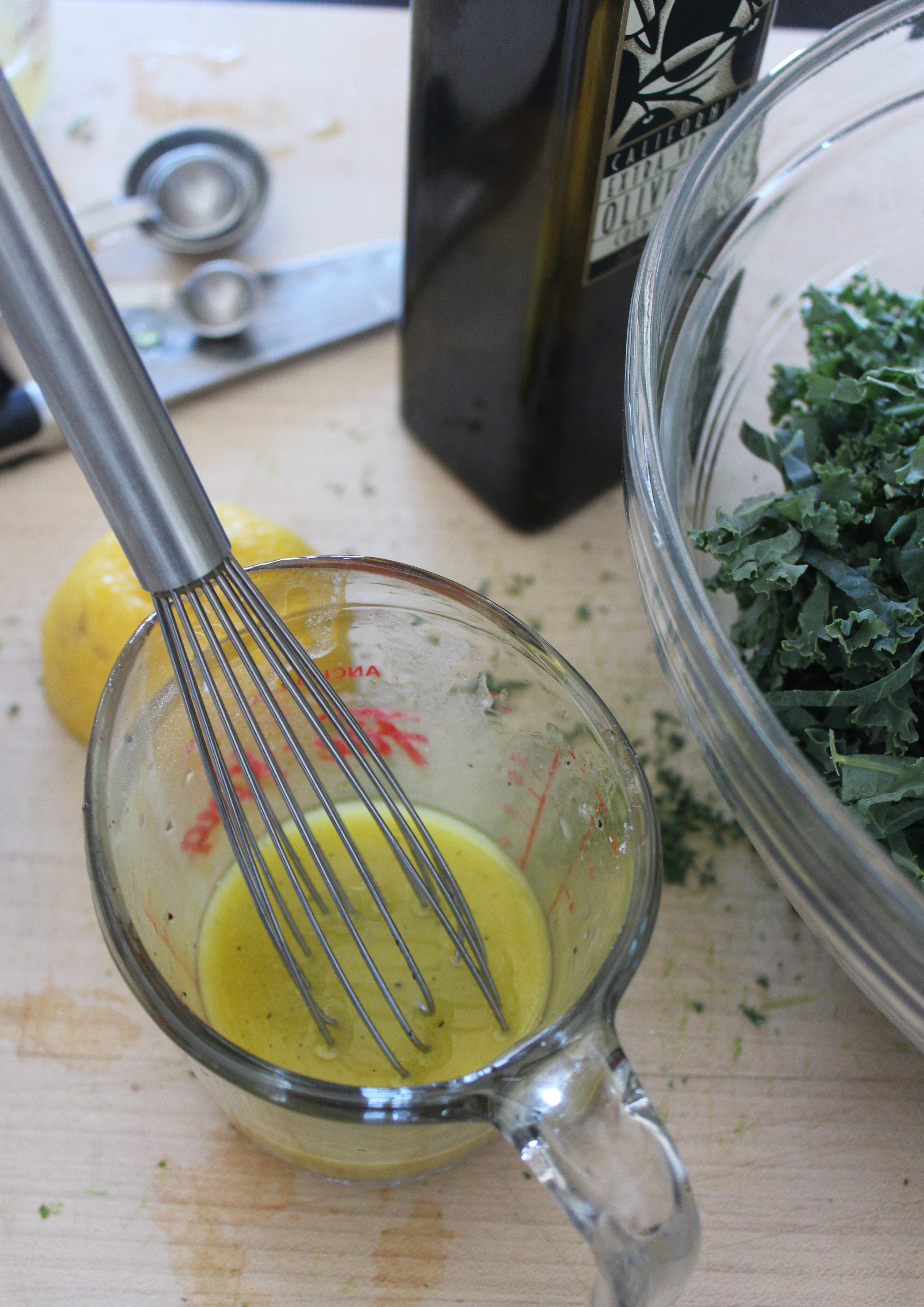 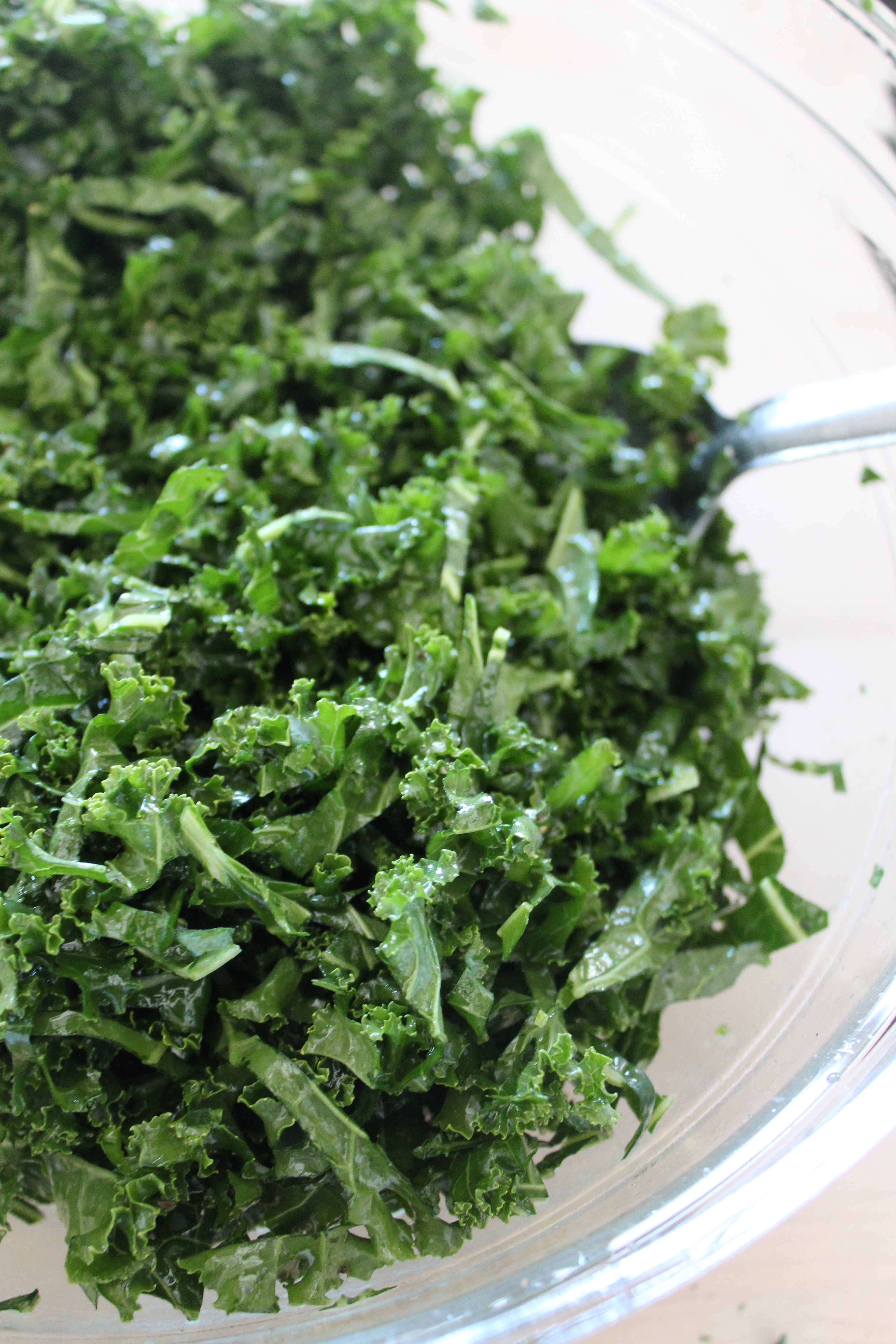 But vegetables don’t have to be a punishment. This Kale and Apple Slaw is one of my favorite winter salads because while it’s full of produce and relatively healthy (Parmesan is healthy, right?? ), it’s also totally satisfying. The slaw has lots of different textures and flavors that make it much more interesting and delicious than your average bowl of kale. With the crunchy, sweet apple,  sharp onion, toasted pecans and salty Parmesan, each bite is like a little meal in itself. 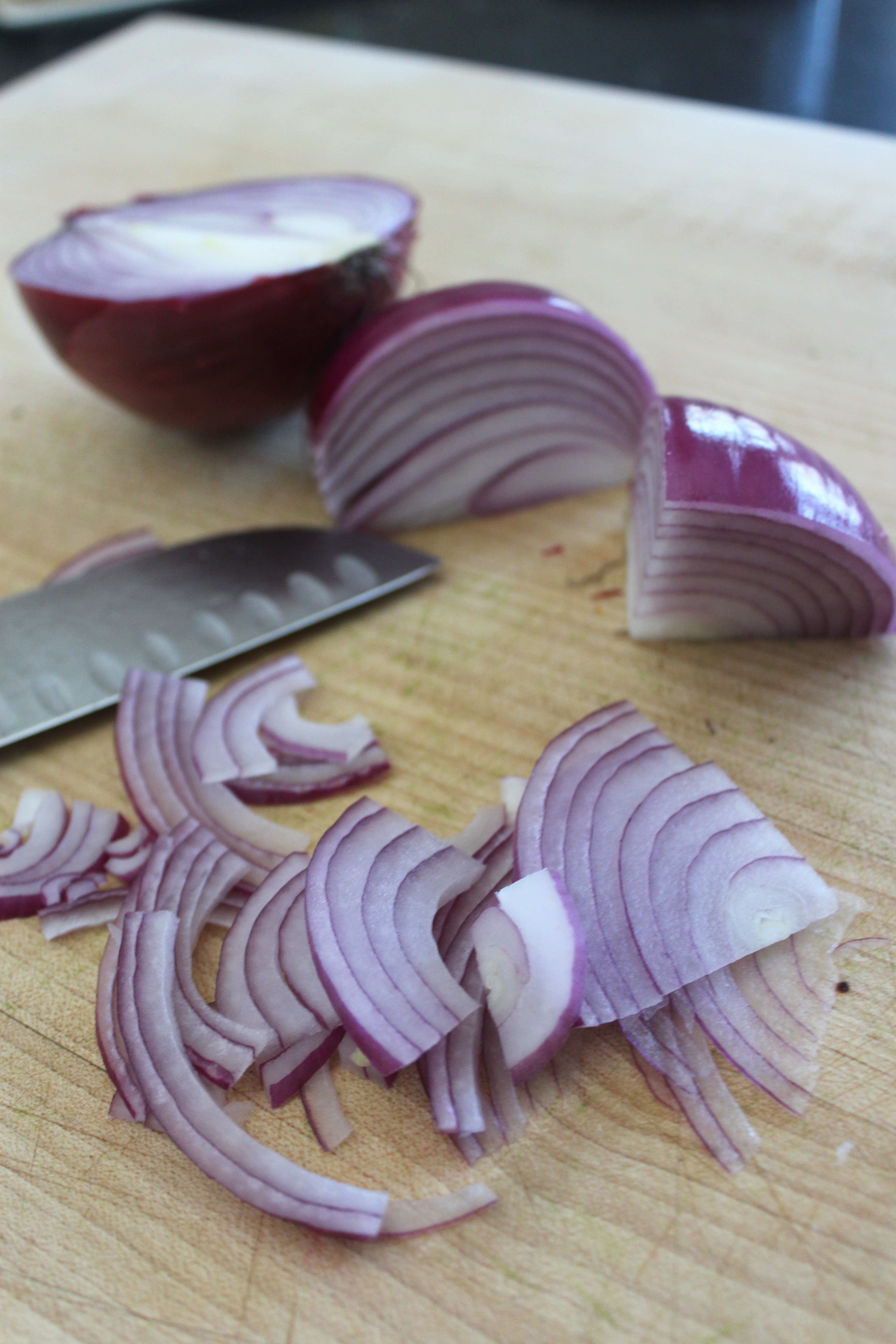 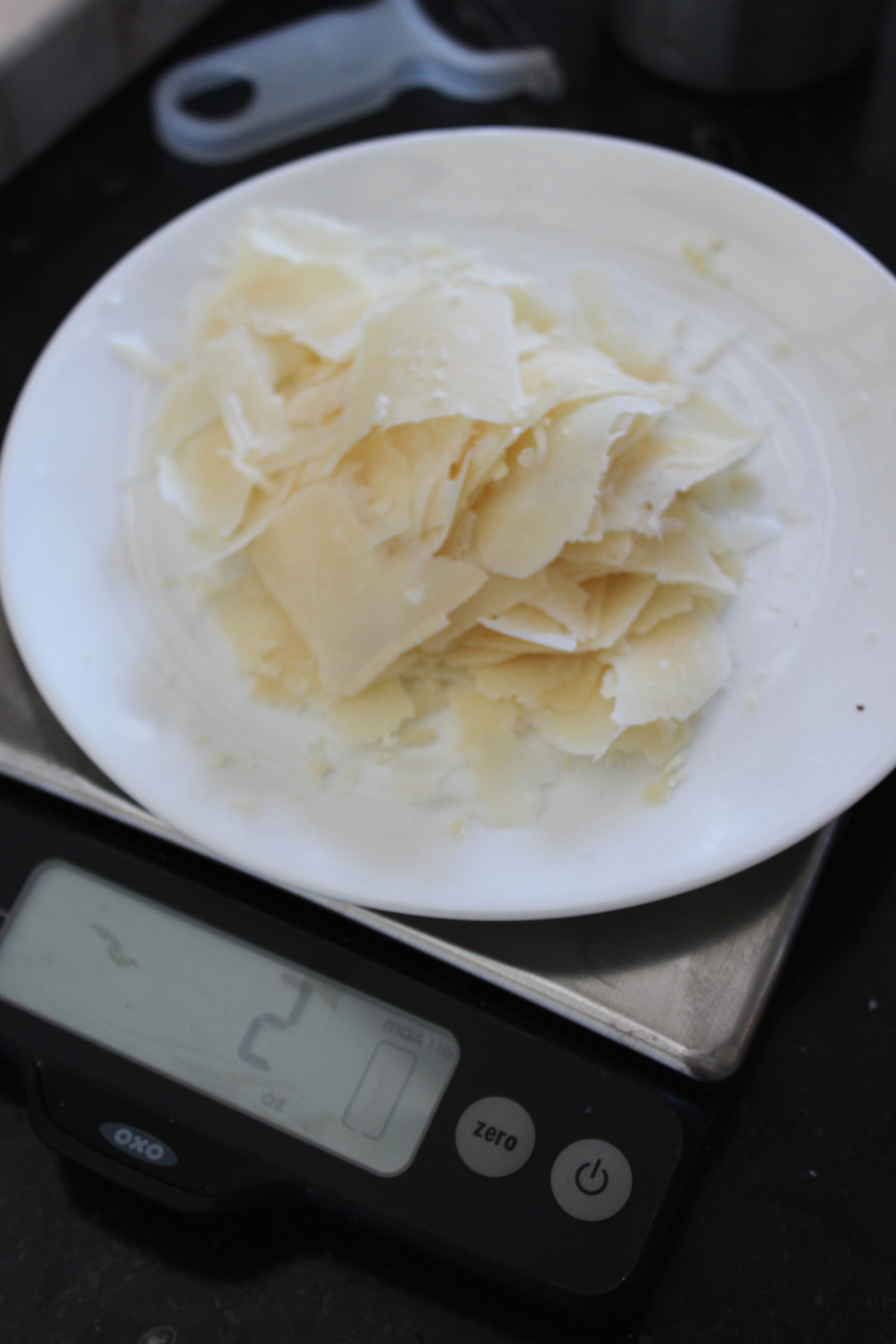 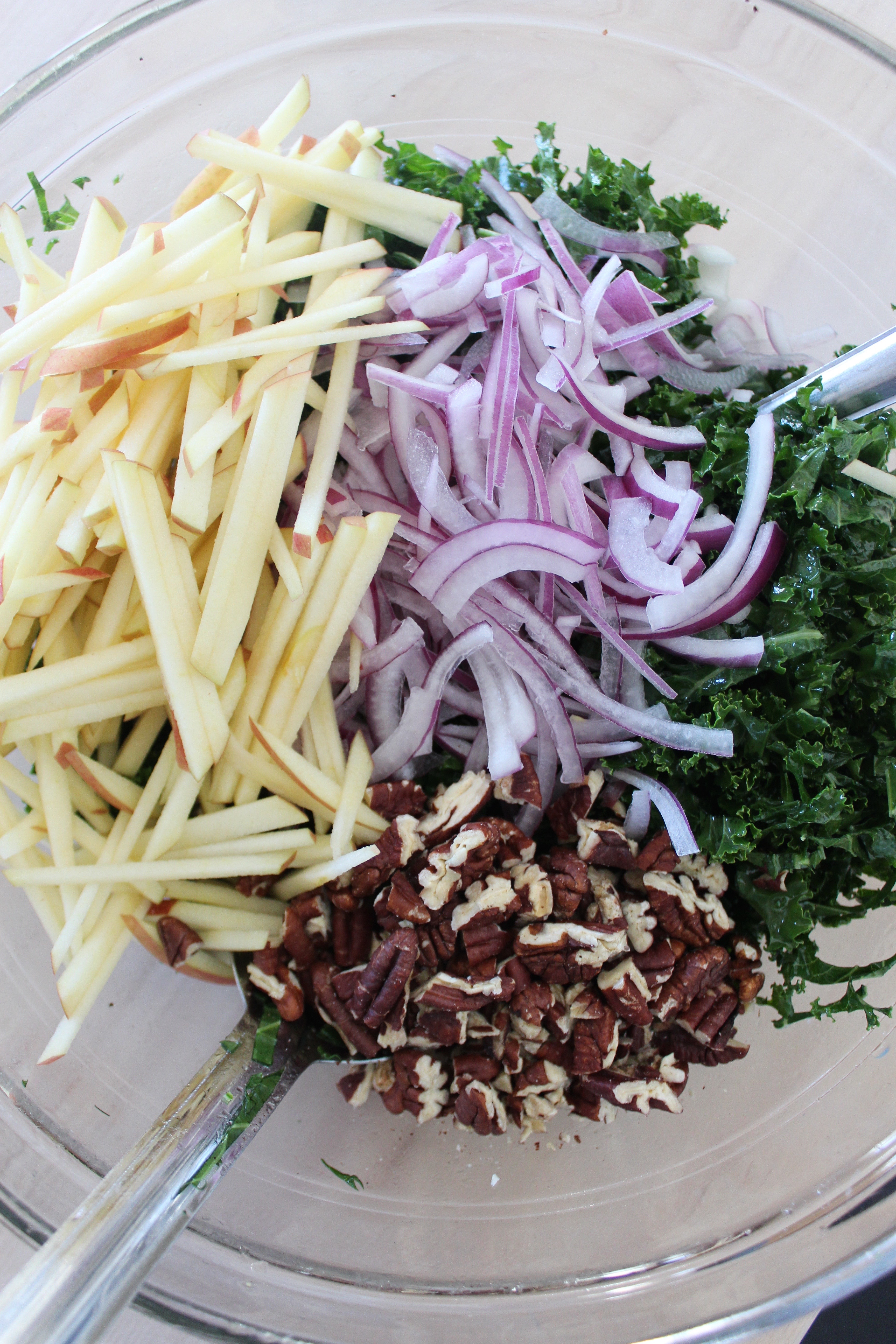 This slaw is great either on its own for lunch or as a side to hearty winter main courses. I especially love it with roast chicken or turkey chili. The recipe makes a LOT of salad, but leftovers keep well if you aren’t feeding a crowd. (The pecans and apples will get a little bit soggy if the salad sits overnight, but not enough to keep me from eating this salad straight from the tupperware for lunch the next day.) 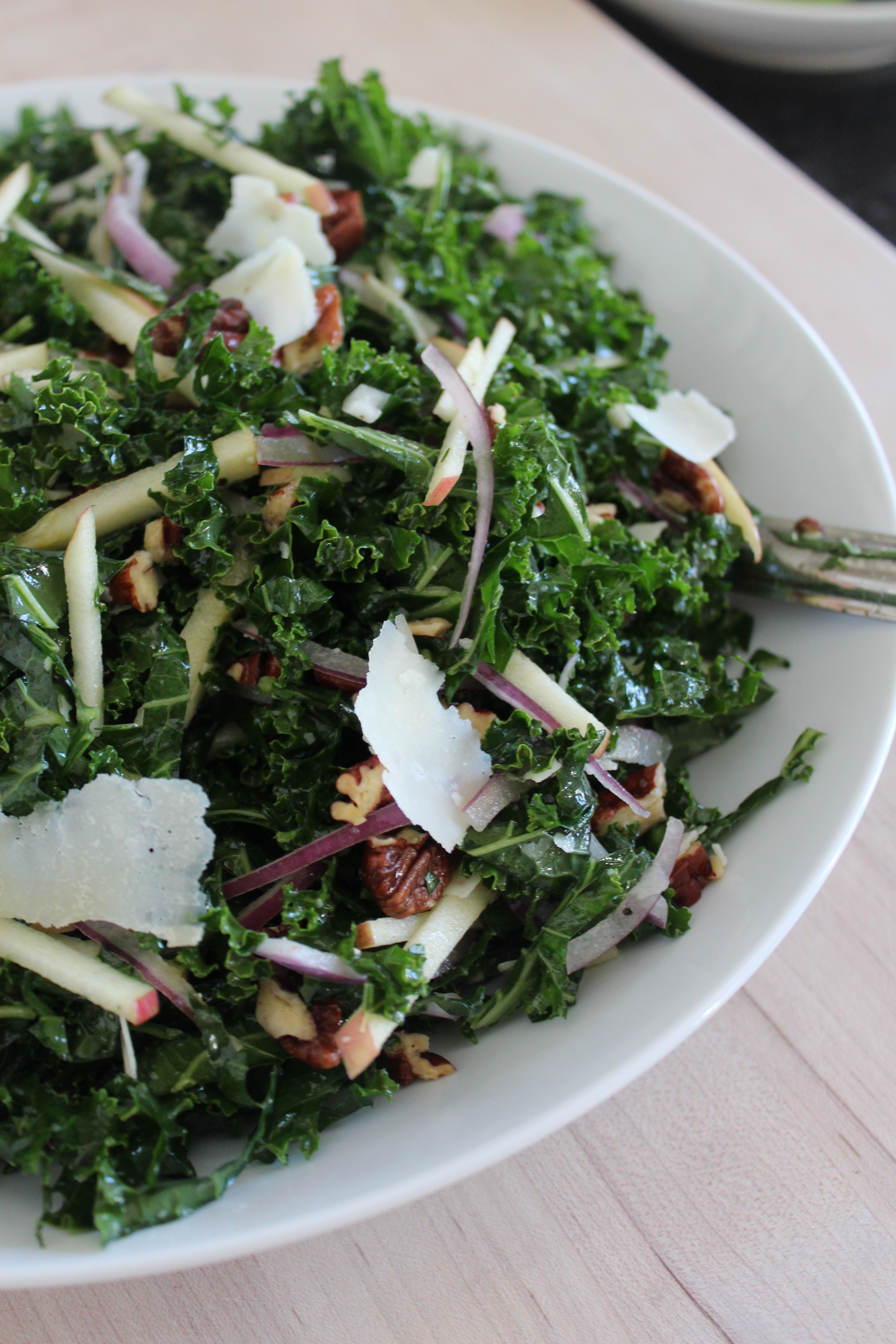 Preheat the oven to 350 degrees. Place the pecans on a sheet pan and roast for 10 minutes.  Allow to cool, then roughly chop the pecans and set aside.

Wash the kale leaves and pat them dry with a paper towel. Lay the leaves flat on a cutting board and cut down both sides of the center rib, discarding the rib. Using a sharp knife, cut the leaves crosswise into thin strips, as you would for coleslaw.

In a small, glass measuring cup, combine the lemon juice, olive oil, salt and pepper.  Whisk until smooth. Pour the dressing over the kale, and using tongs or two serving spoons, toss the kale for a full thirty seconds. Set aside to let the kale marinate for at least 20 minutes, or up to several hours in the fridge, covered, before serving.

Meanwhile, place the onions in a mesh strainer or colander and rinse under warm tap water for thirty seconds to remove some of their “bite.” Drain and set aside.

When ready to serve, add the pecans, onions, and apple to the kale and toss well to combine. Add the Parmesan, toss gently, and serve.

Note: I use a vegetable peeler to make big shavings of Parmesan.