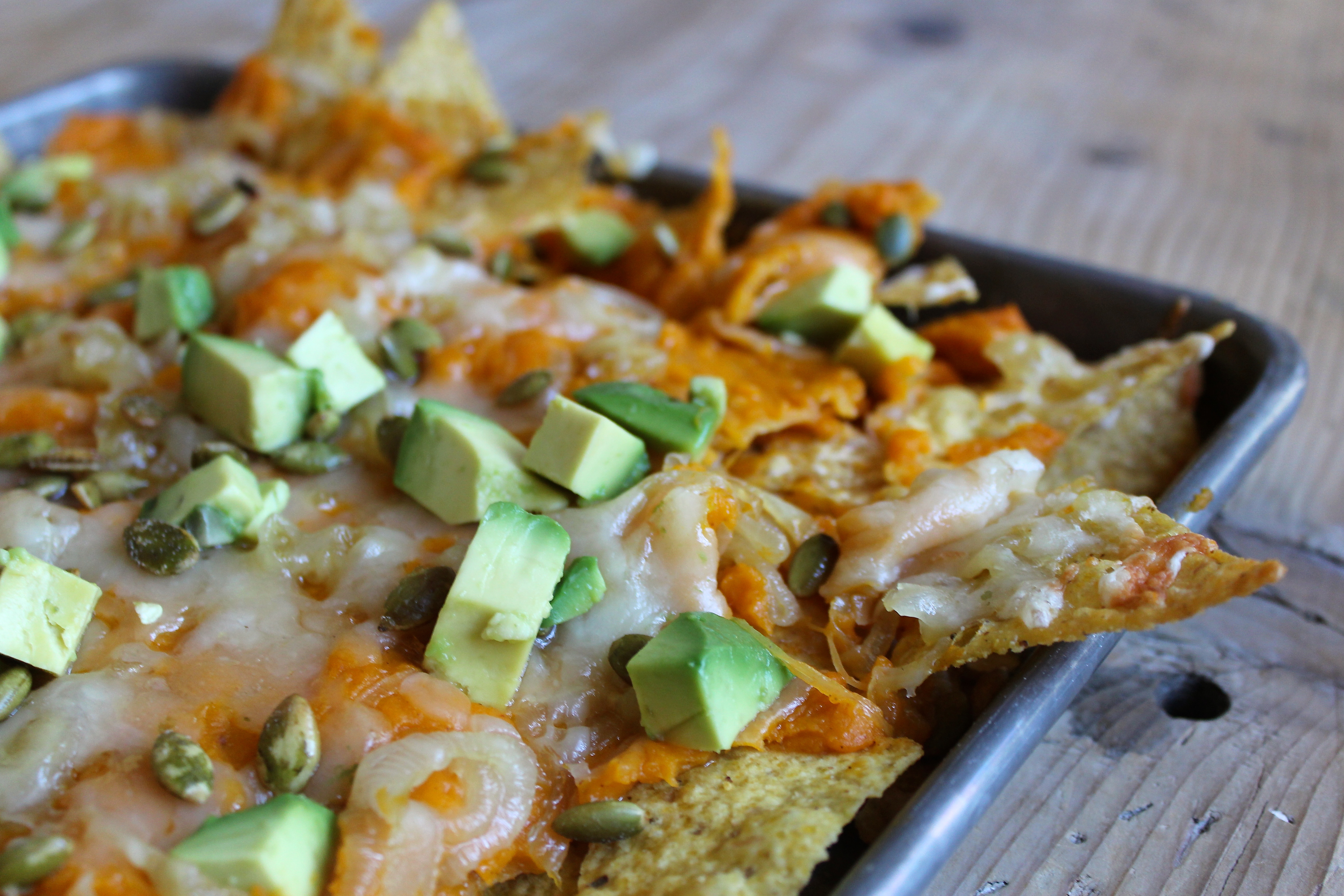 This recipe began as a seasonal take on a classic game-day food, but as the real action has been in the political arena this fall, it morphed into a seasonal take on debate-day food. I can attest that a giant pan of nachos is the perfect distraction to make it through all ninety minutes of “civilized discussion” – provided they last that long.

An autumnal riff on traditional nachos, these have all the elements that make nachos so hard to stop eating- starting with crunchy corn chips and lots of cheese- but with creamy chipotle butternut squash and vinegary caramelized onions in lieu of salsa and refried beans. 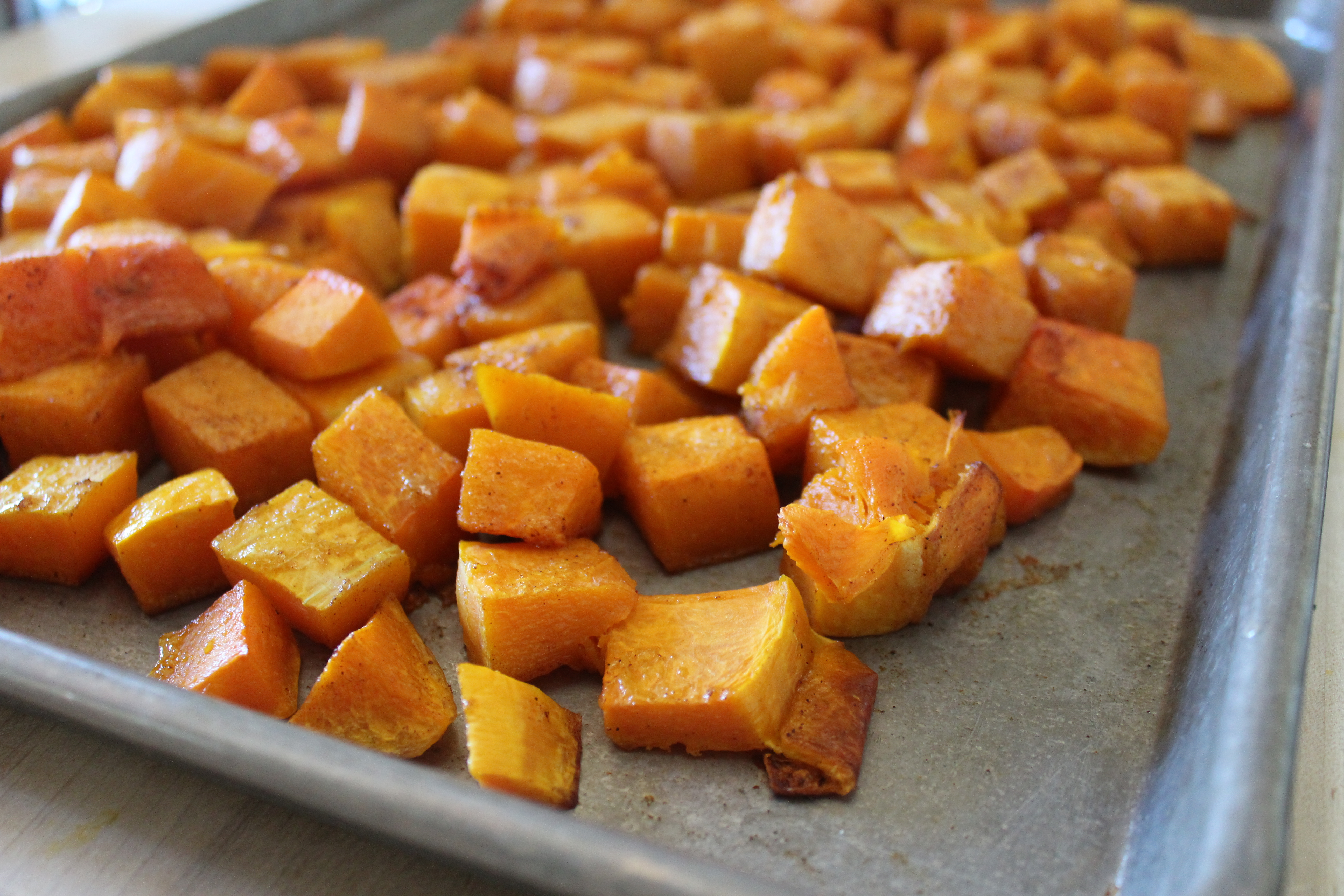 The nachos have a mild heat level, but if you like things hot, add another half or whole chipotle pepper. Remember, you can always make the squash spicier, but it’s much harder to cool it down- so start with one small chipotle pepper and go from there. The recipe calls for a mix of Monterey Jack, the classic nacho cheese, and Fontina Val D’Aosta, a mild and nutty Italian cheese. It might seem like an odd combo but the two complement each other nicely. (If you can find it, use Italian Fontina cheese- as opposed to domestic Fontina. It’s more expensive, but infinitely better.) 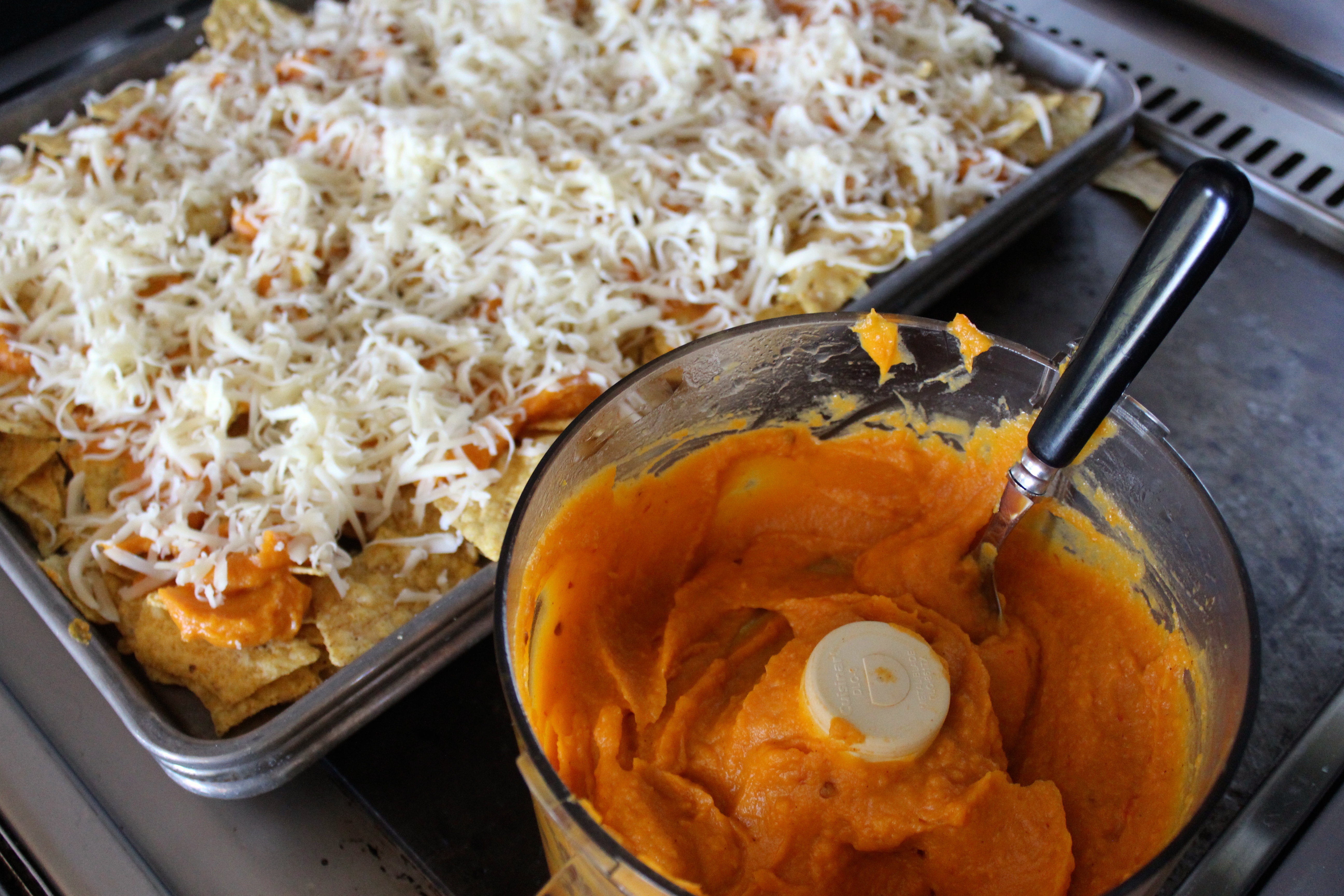 Finally- full disclosure here-  I originally added the salted pepitas and diced avocado because the nachos looked a little brown without them, but they ended up being the perfect addition as that extra bit of creaminess and salty crunch makes each bite sing. (And, really, is there anything avocado doesn’t improve?) 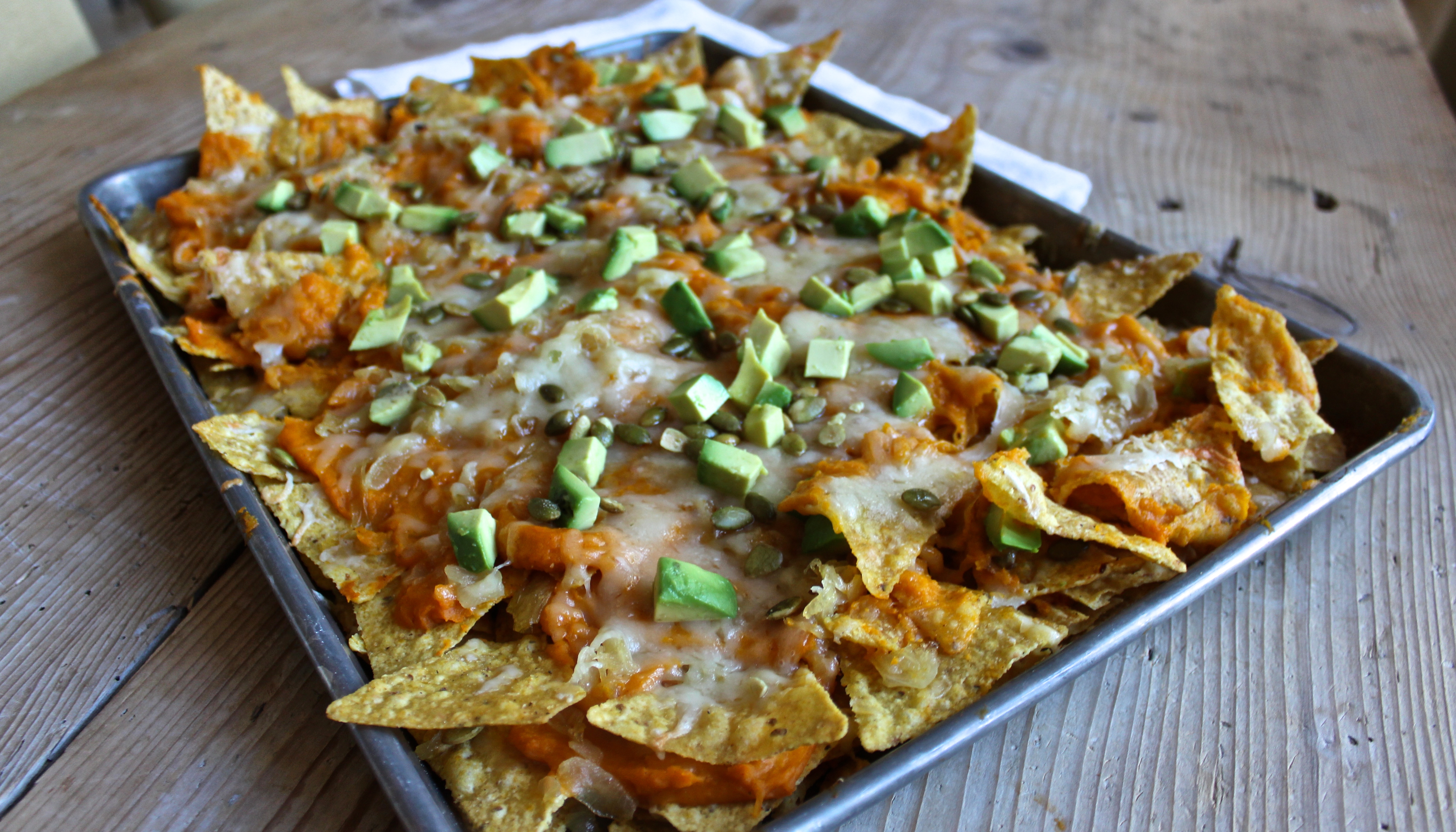 Make these next Wednesday for the final debate, along with a big batch of margaritas, and if nothing else, they’ll be something else to talk about when you just can’t think about the election anymore. Or, make them on November 8 with a HUGE batch of margaritas. 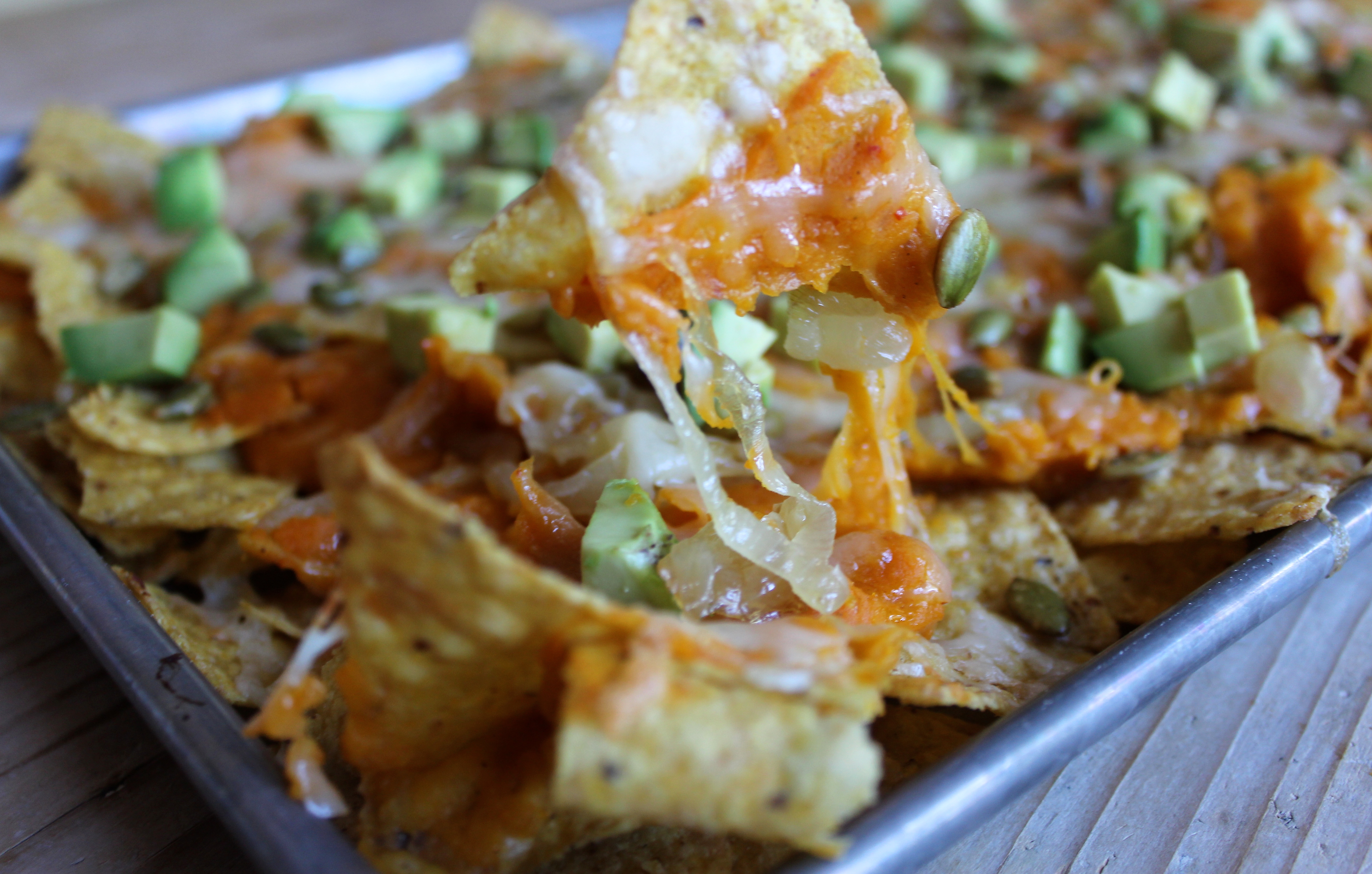