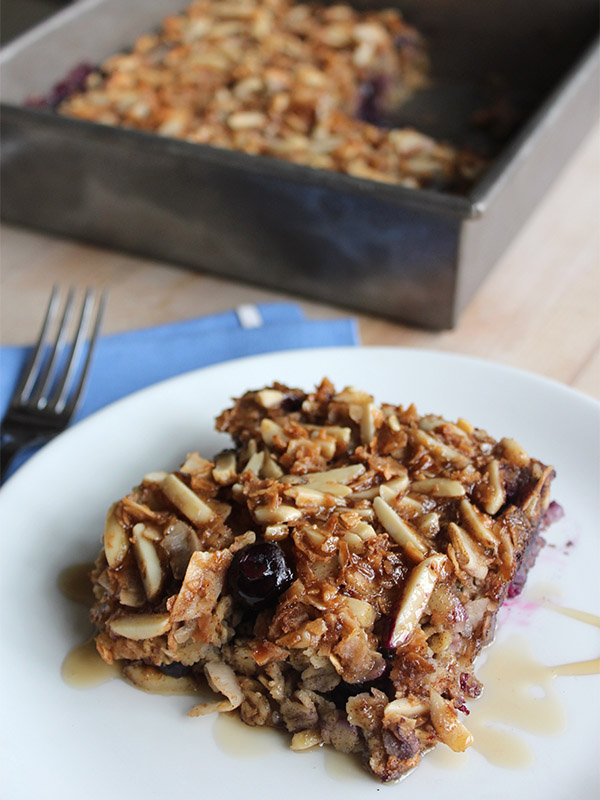 I am an oatmeal fanatic. I could eat it for breakfast, lunch, and dinner, and in fact have eaten for it all three meals (Not all in one day – I’m not that crazy… yet.) I like it hot, cold, simmered away on the stove, or made in the microwave ten minutes before I leave for work. With a million weird toppings or a pinch of salt and a splash of maple syrup, it is one of my favorite foods and my trusty standby. No matter what kind of mood I’m in, and no matter what’s in the fridge or the pantry, oatmeal is always there for me <3. 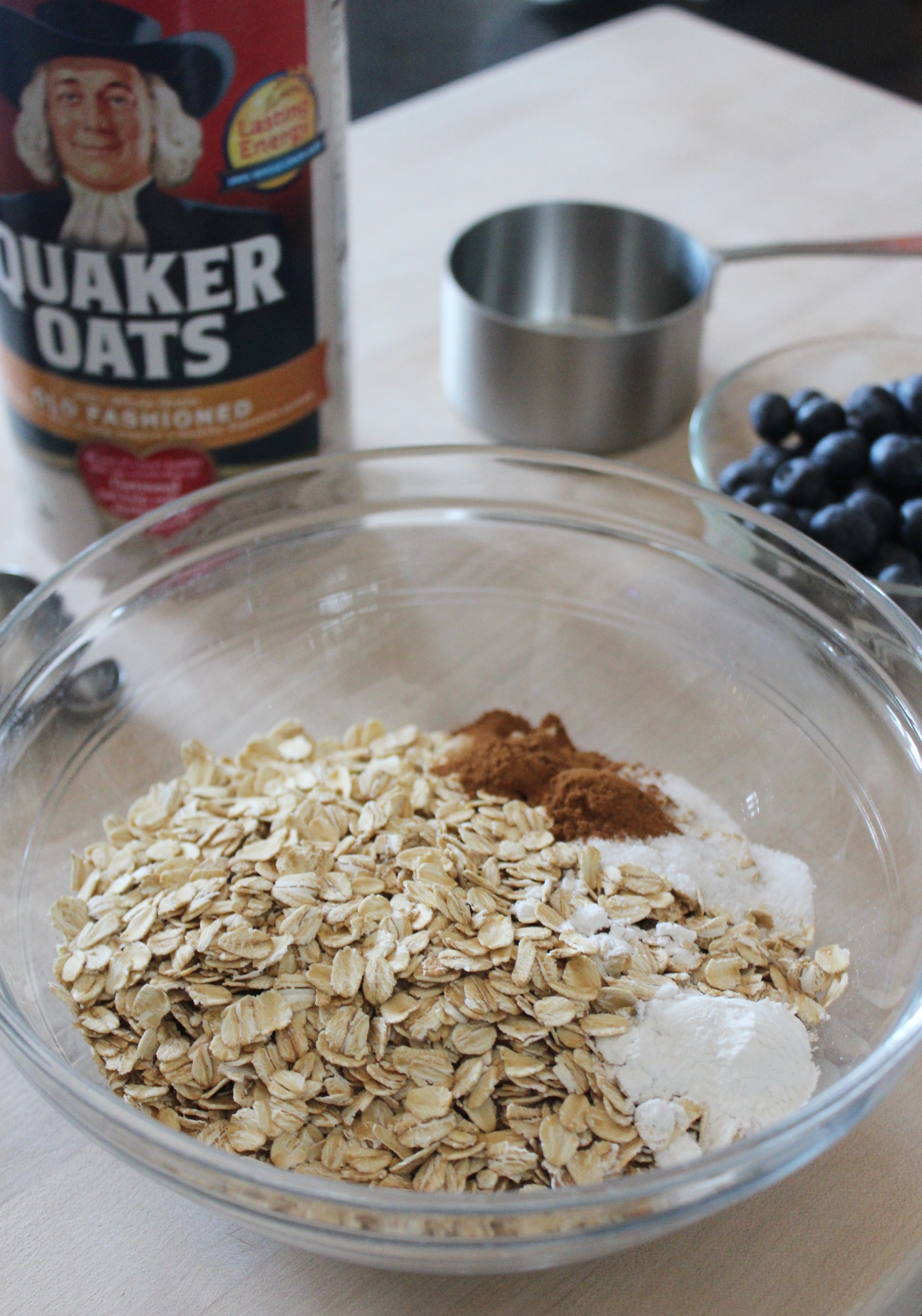 Now I know not everyone is as gung-ho about oatmeal as I am. For example, one of my coworkers said “Ew” when I told her I had a recipe for baked oatmeal. BUT, let me tell you, if there’s a way to convert people to the O.G good-for-you grain, this Blueberry Coconut Baked Oatmeal is it. 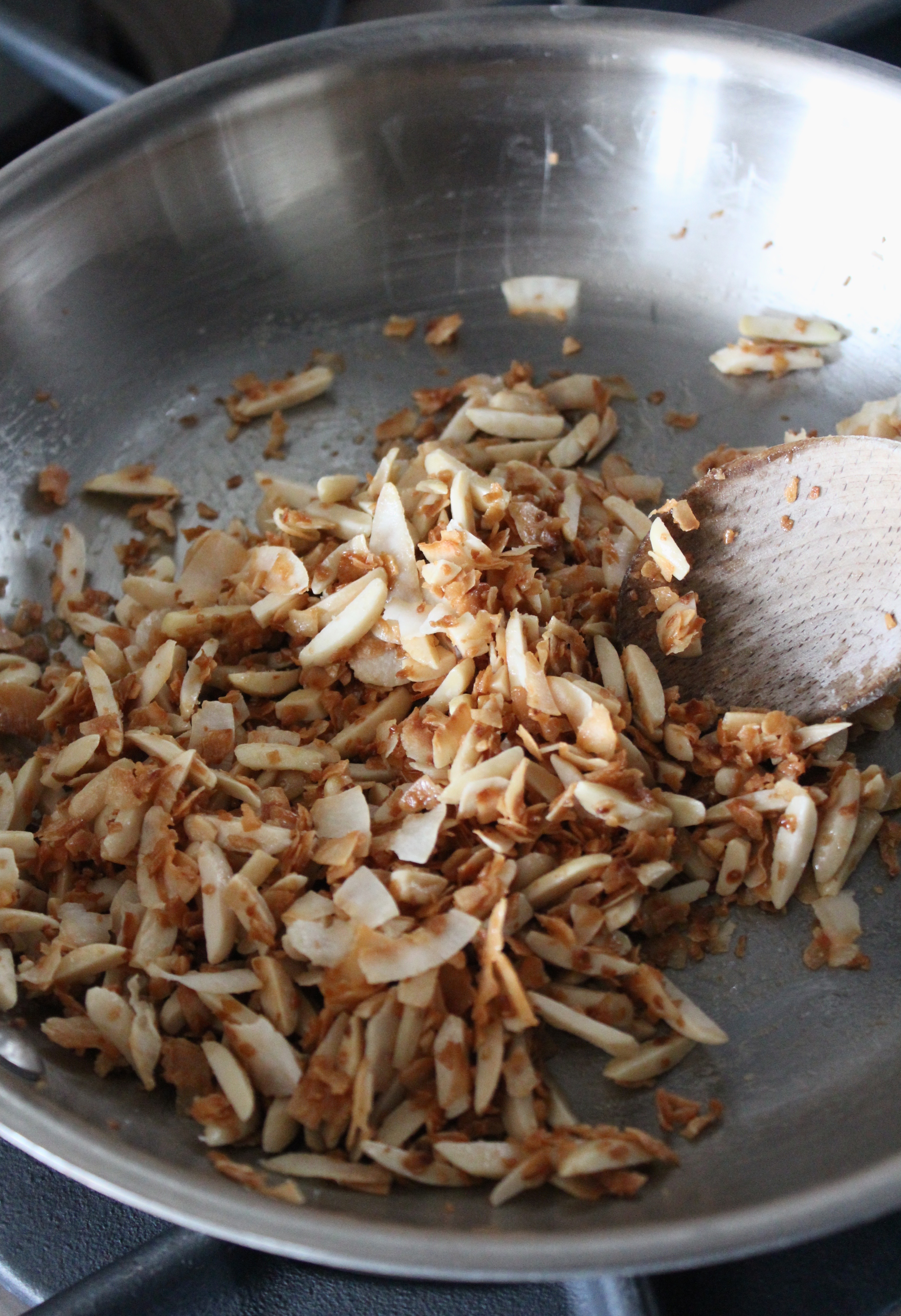 Somewhere between a virtuous breakfast and a dessert, it’s creamy, nutty, and perfectly sweet, thanks to coconut milk and a healthy dose of maple syrup. The toasted coconut flakes and slivered almonds on top add a really nice crunch – a welcome addition to anyone who’s ever pushed oatmeal around in a bowl and declared it “mushy.” On a winter morning, there is no more comforting breakfast than a big cup of coffee and a heap of baked oatmeal, fresh from the oven and drizzled generously with maple syrup. And the smell of cinnamon wafting through the house is a total bonus. 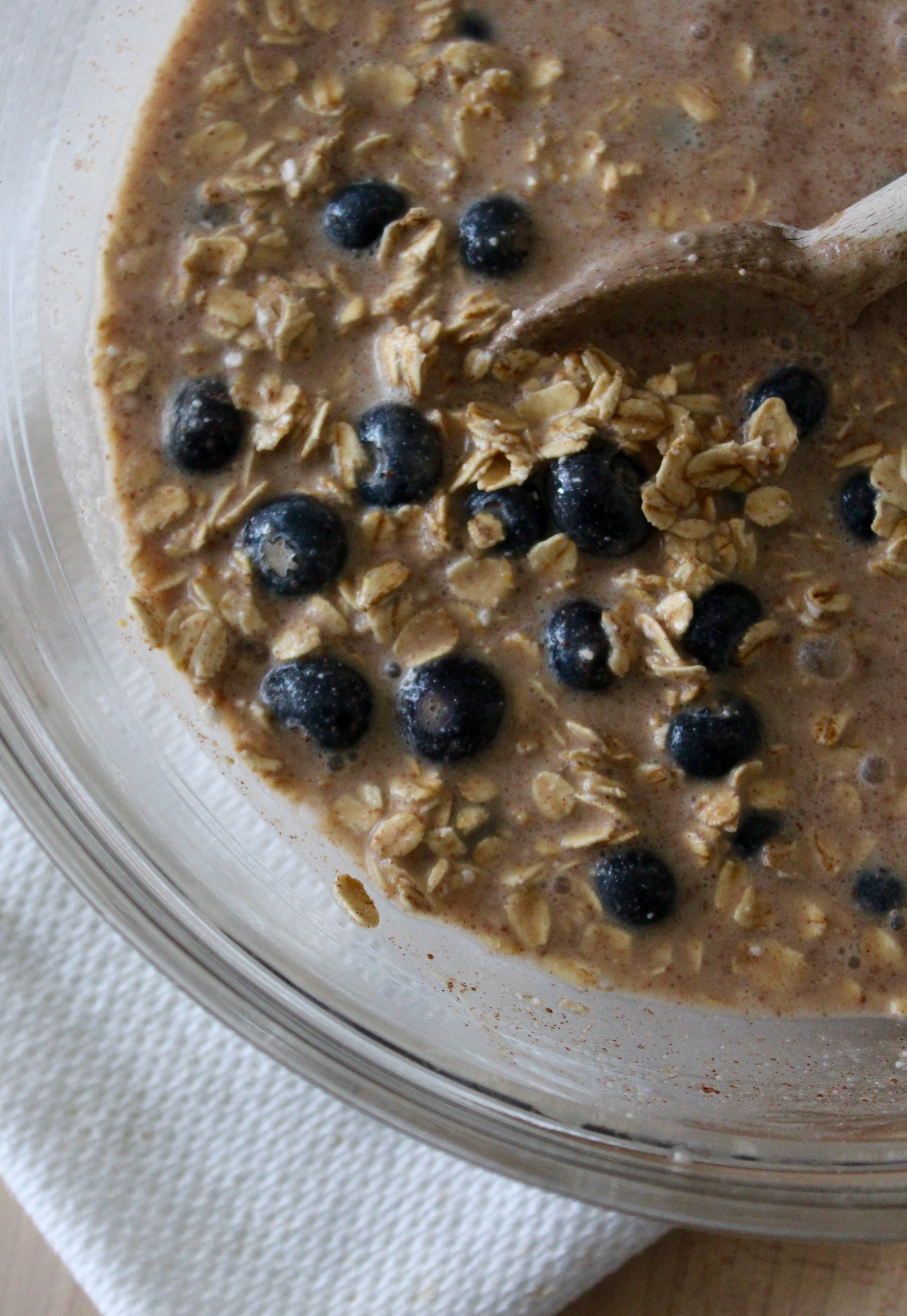 While I don’t usually cook with any particular dietary restrictions in mind, these days, it feels impossible to have a group of friends over without navigating a handful of allergies and personal preferences. This recipe is one of my go-tos when hosting brunch for a group, because it’s a hit with both the health nuts and the dough-nuts. It’s dairy-free, gluten-free, and can be nut free if you omit the almonds. And while food made for special diets can often end up feeling like a dreary alternative to the delicious food on the table, this oatmeal is anything but that.  I eat everything, and this is one of my favorite breakfasts EVER. Hope you love it, too. 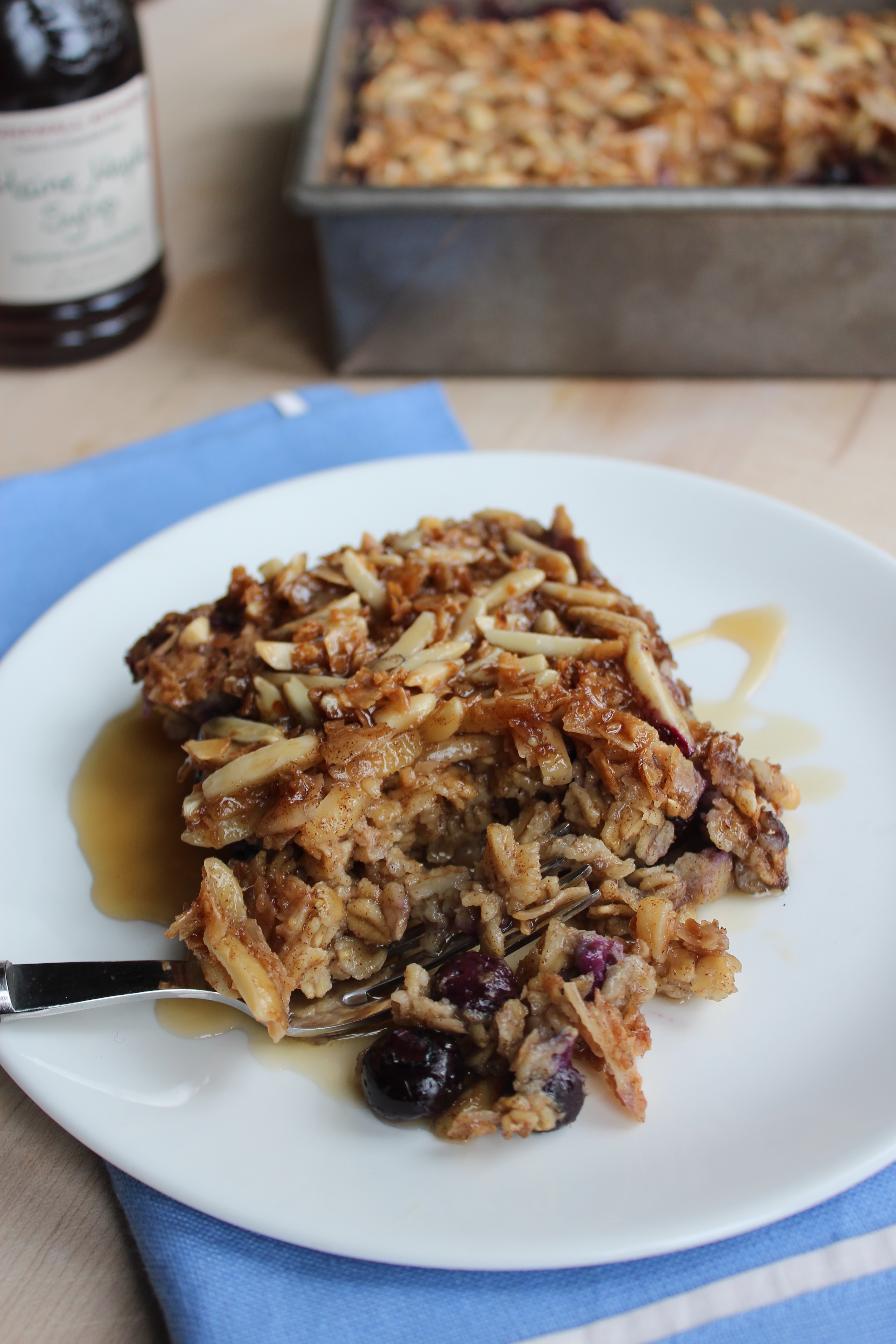 In a medium (10-inch) sauté pan, toast the almonds and coconut over medium heat, stirring occasionally, until the coconut begins to brown. Begin stirring almost constantly and continue to cook until the coconut is golden brown, 3 to 5 minutes. Off the heat, stir in 1 tablespoon of maple syrup and 1/8 teaspoon salt. Transfer to a small bowl and set aside to cool.

Add the dry ingredients to the wet ingredients and stir until combined. Gently stir in the blueberries, pour into the prepared pan, and top with the almond and coconut mixture. Bake for 35-45 minutes, until cooked through. Let the oatmeal cool for 5 minutes, and serve in squares or scoops with additional maple syrup on the side.